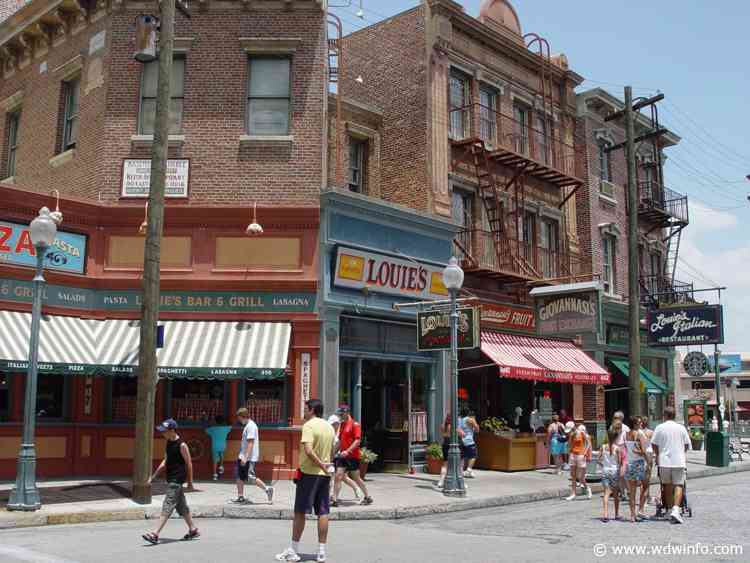 New York has a lot of variety when it comes to dining whether you’re looking for pub style food at Finnegan’s Bar and Grill or pizza and pasta at Louie’s Italian Restaurant. New York is also the only place you’ll find a Starbucks and Ben & Jerry’s inside Universal Studios Florida.

Finnegan’s is the perfect little hideaway restaurant in the New York section of Universal Studios Florida. This Irish-American establishment serves up pub fare including fish and chips, corned beef and cabbage, beef stew, salads, sandwiches and more. Inside Finnegan’s is full service bar that can become overwhelmingly crowded during Happy Hour. The food at Finnegan’s is moderately priced and no reservations are needed, but are accepted and recommended on busier days.

Louie’s is located in the Italian part of New York, but there is no chance of running into the mafia inside the restaurant. Louie’s features pizza, spaghetti, fettuccini, meatball subs, salads, gelato, Italian ice and more. Louie’s is usually one of the busier quick services at Universal Studios Florida due to the higher quality food selections available.

If you need a little pick-me-up in the middle of your day at Universal Studios Florida, head over to Starbucks for coffee, espresso, lattes, cappuccinos and fresh pastries.

Ben and Jerry’s may be from Vermont originally, but when you are walking down the streets of New York, it is almost impossible to resist the smell of their freshly made waffle cones. All of the classic Ben and Jerry’s ice cream options are available as well as sundaes, shakes and smoothies.

Hold on to your butts – Universal Orlando is getting an exclusive Starbucks mug starting December 1, and you’ll have