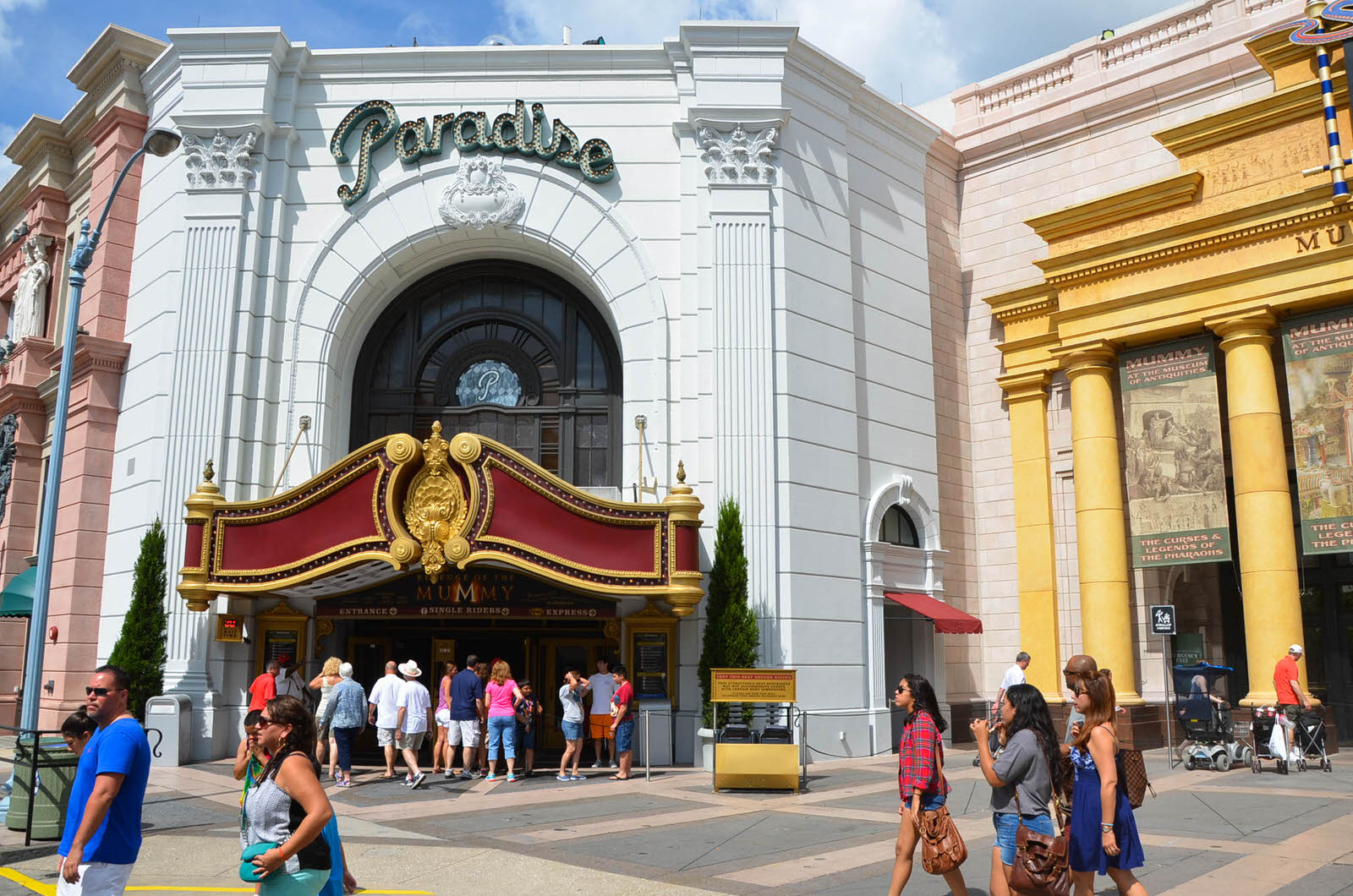 As you approach Revenge of the Mummy from the outside, you may buy into the story that you are just entering the set of the sequel to the film The Mummy, but inside houses one of the most unique roller coaster experiences at Universal Orlando. When the curse of the mummy takes over, guests are launched on a high-speed ride through the dark, which takes them forwards, backward, and there is no escape whatsoever. Although the ride doesn’t last long, it makes up for its length in theming, special effects, and surprises.

Guests enter Revenge of the Mummy through the Museum of Antiquities but quickly find themselves on the set of the movie, which appears to be in a 1940s Egyptian tomb dig site. On the outside, team members appear to be part of the film crew, but once inside on the set they start to appear differently. Guests board a Jeep-like vehicle that has three rows with four seats in each row and then move off into the set. A film crewmember attempts to warn guests that the curse of the mummy is real when out pops Imhotep, as a mummified version, to steal his soul. From there Imhotep sets his sight on the vehicle and sends you on a thrilling ride. The ride ends with a cameo by Brendan Fraser portraying his character from The Mummy films, Rick O’Connell.

Revenge of the Mummy starts off as a slow-moving ride, before utilizing linear induction motor (LIM) launches to speed up the pace of the ride. At two different points of the ride there are sudden stops that can be very jarring if you are not prepared. The vehicle is launched backwards, up a hill and down into a climactic drop throughout the ride. It may not seem very intense, especially since the top speed is 45 mph, but between the maneuvers and the mummy characters throughout the ride, younger riders could be frightened easily.

Universal Orlando has officially confirmed that Shrek 4-D at Universal Studios Florida will officially be closing on January 10, 2022.

END_OF_DOCUMENT_TOKEN_TO_BE_REPLACED

A film crew has moved into an ancient Egyptian tomb to create a mummy movie starring Brendan Fraser. While in