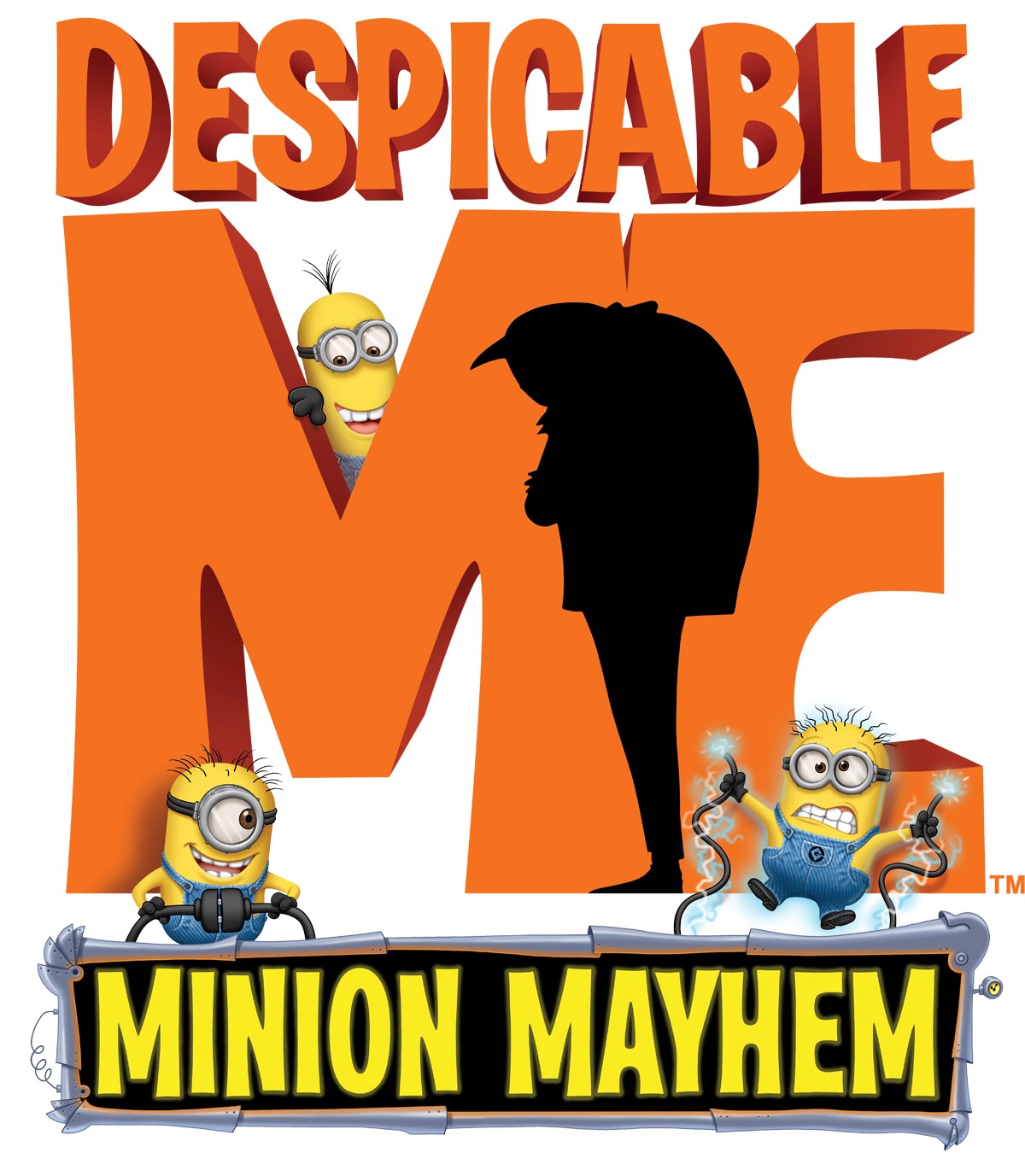 Prepare to become one of Gru’s minions in Despicable Me: Minion Mayhem! Based on the hit film Despicable Me, Universal Studios and Illumination Entertainment collaborated to create the 3-D motion simulator attraction that gives guests the chance to enter Gru’s house and laboratory and be transformed into Minions and go through Minion training. Steve Carrell, Miranda Cosgrove and the cast of the film reprised their roles for the attraction.

Gru, the film’s lovable super-villain, and his three adopted daughters – Margo, Edith and Agnes – are moving his villain headquarters to Universal Studios. In order to carry out his evil plans, he needs an army of Minions. Gru decides to transform guests into his tiny yellow helpers and trains them to do his bidding.

You enter the queue through the front of Gru’s house and walk into his living room receiving Minion Goggles (3-D Glasses) along the way and then watch a short film. Gru welcomes all new recruits to his house, explains why he needs additional Minions before being ushered into his laboratory. In the lab, Gru decides to skip some of the normal procedures he usually follows to expedite the Minionization process. Edith, Margo and Agnes ask Gru if they can help train the new Minions and after some persuasion he reluctantly agrees.

You then board a Minion Training Vehicle and are transformed so they can enter the Minion Training Grounds. The training is a success until some of the Minions get distracted by a banana and throw the girls and your vehicle into dangerous areas. Things get worse when Agnes loses the present she wants to give Gru for their one-year anniversary of being adopted, but eventually Gru saves the day and surprises the girls with a giant party for their one-year anniversary.