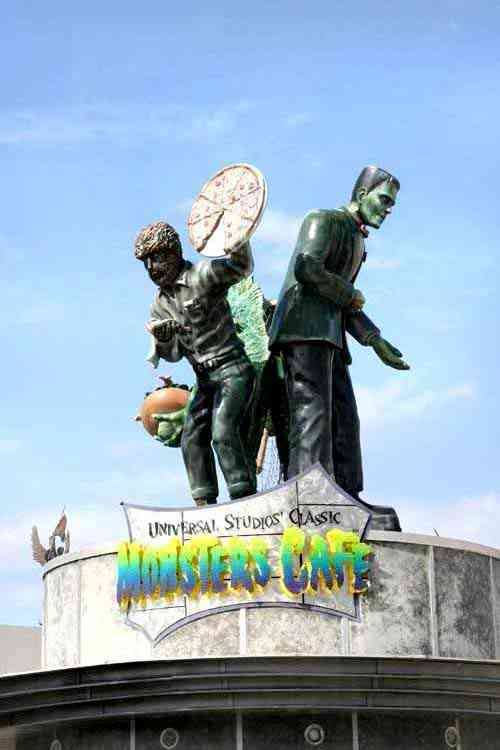 Production Central is definitely lacking when it comes to dining choices. If you’re not looking to go to Universal Studios’ Classic Monster Cafe then you won’t be getting anything and to make matters worse the restaurant is only open seasonally. However, Bone Chillin’ sells drinks right outside of the Classic Monster Cafe year-round.

Universal Studios’ Classic Monsters Cafe is more of an attraction than it is a restaurant. Sure you will find chicken, pizza, pasta and salads inside, but the theming and décor transports you back into the classic Universal Studios horror monster films. Posters and memorabilia line the walls, making it an interesting place to walk around and experience even if you’re not getting food.

Bone Chillin’ is the small stand right out in front of Universal Studios’ Classic Monsters Cafe and is a good stop for beer, frozen slush drinks, mixed drinks, soda and more.

I don’t ever want to sound like a broken record, but one of the biggest problems with Universal Orlando is