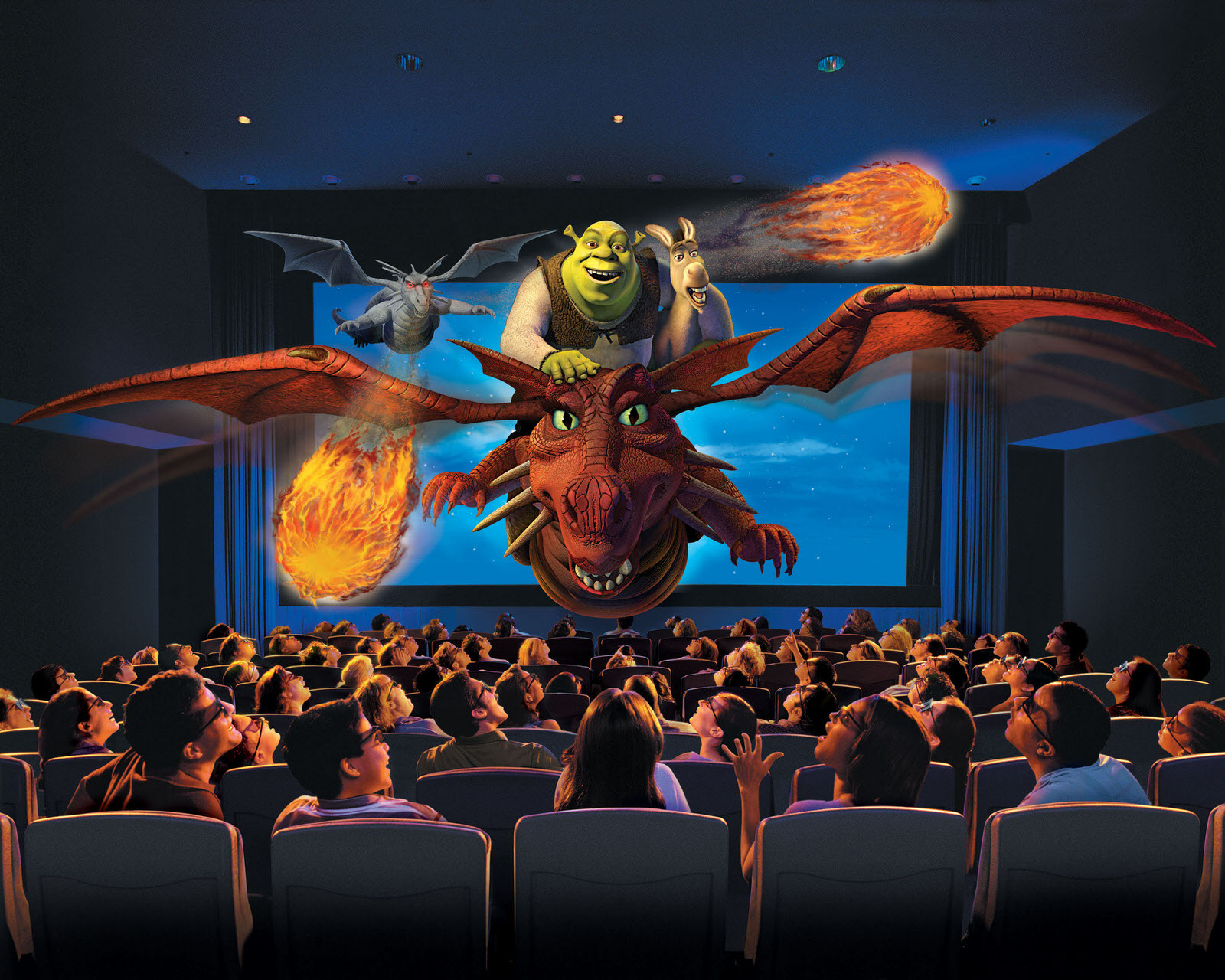 SHREK 4-D OFFICIALLY CLOSED ON JANUARY 10, 2022 TO MAKE WAY FOR A MINIONS-THEMED ATTRACTION

Shrek 4-D brings the popular DreamWorks characters to life in a special OgreVision 3-D film that picks up right where the first Shrek film left off. Shrek and Princess Fiona are just starting their honeymoon when Lord Farquaad’s Ghost comes back from beyond to finally take Fiona as his bride. Mike Myers, Eddie Murphy, Cameron Diaz and John Lithgow all reprise their characters from the Shrek films. After the show is finished, guests have a chance to meet and take pictures with Shrek, Donkey and Princess Fiona.

Upon entering Shrek 4-D, guests find themselves being held captive in Castle Duloc’s dungeon by Lord Farquaad. Lord Farquaad threatens to torture everyone in the room and the fairytale creatures in order to find Shrek and Fiona.

The film opens with Shrek, Fiona and Donkey lost on their way to the Hotel Honeymoon when Fiona is captured by a hooded-rider, Thelonius. Shrek and Donkey chase after them on the onion carriage, but they ultimately get away. While walking through a cemetery, Shrek and Donkey are surprised by the Ghost of Lord Farquaad. Lord Farquaad’s Ghost brings a dragon to life to kill Shrek and Donkey, giving him enough time to also kill Fiona so they he can marry her spirit and become the King of the Underworld. Luckily, Donkey’s Dragon shows up to save the day and the newlyweds finally start their honeymoon.

Universal Orlando has officially confirmed that Shrek 4-D at Universal Studios Florida will officially be closing on January 10, 2022.