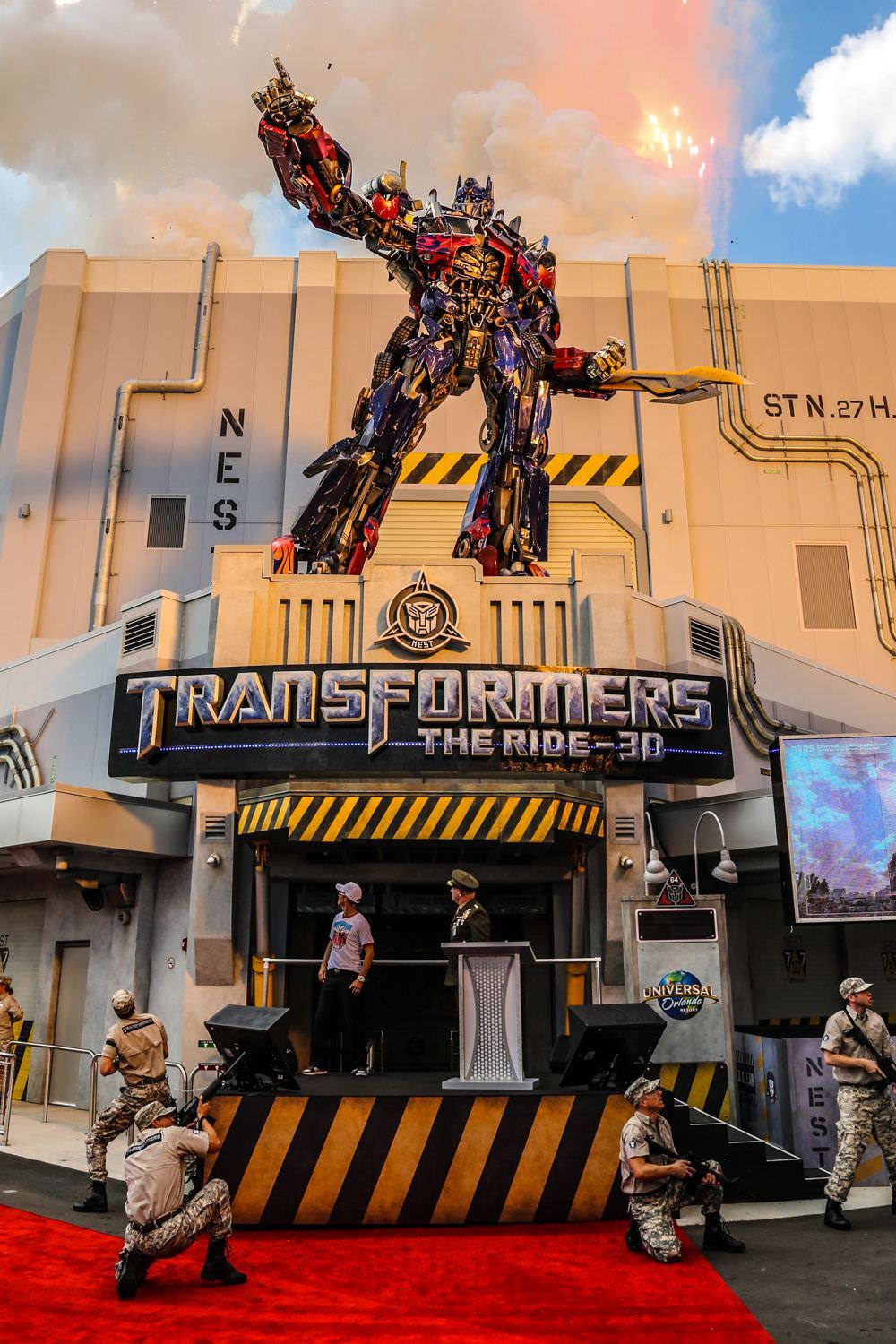 The Decepticons have come to Earth to retrieve the AllSpark and only the Autobots, NEST (Non-Biological Extraterrestrial Species Treaty) and you can stop them. Using the same motion simulator technology and 3-D effects as The Amazing Adventures of Spider-Man at Universal’s Islands of Adventure, TRANSFORMERS: The Ride – 3D, based off of the Michael Bay Transformers films, turns guests into NEST recruits in order to help save the world. 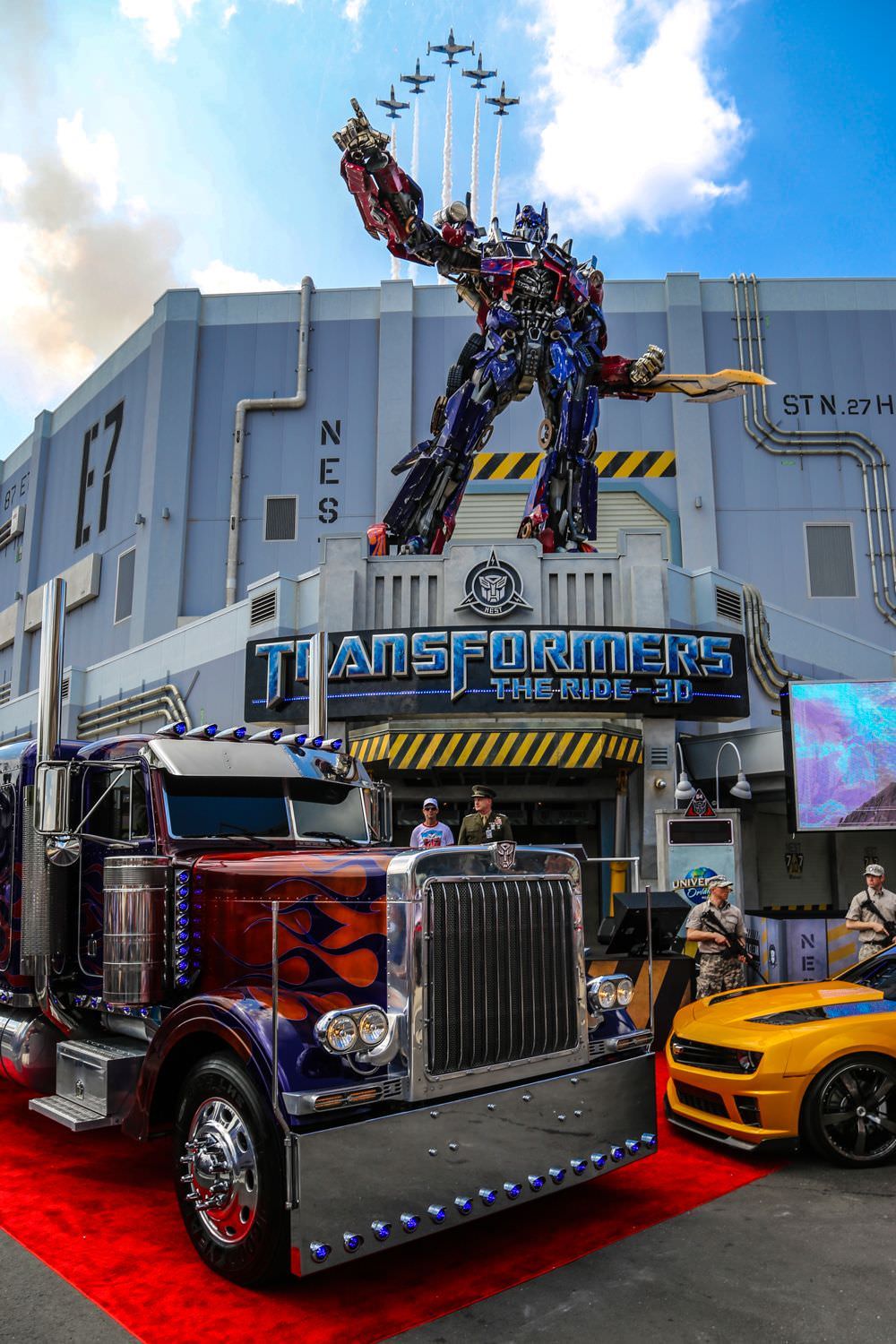 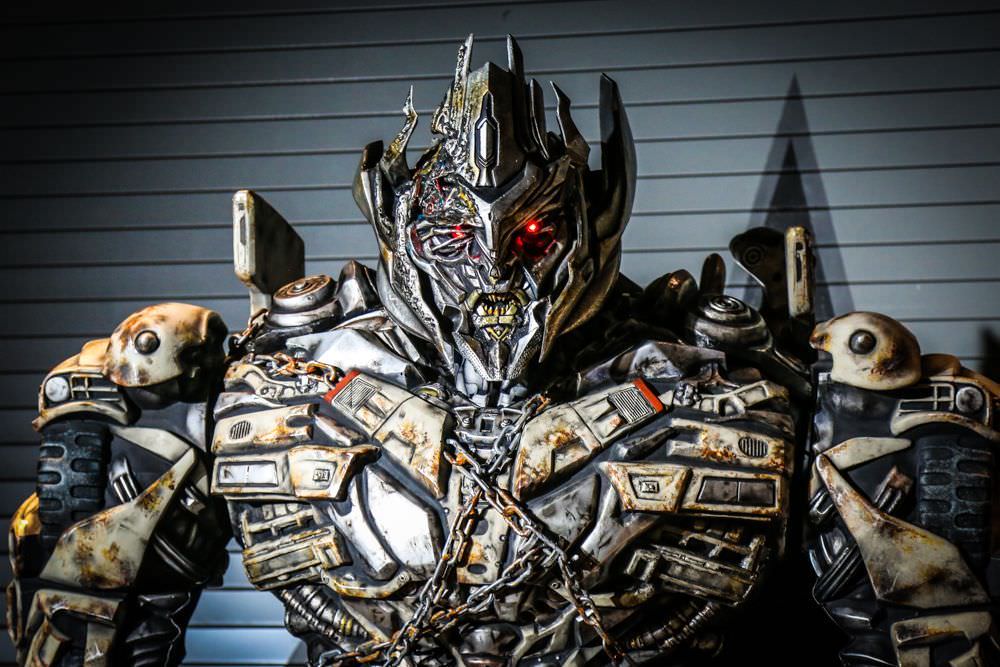 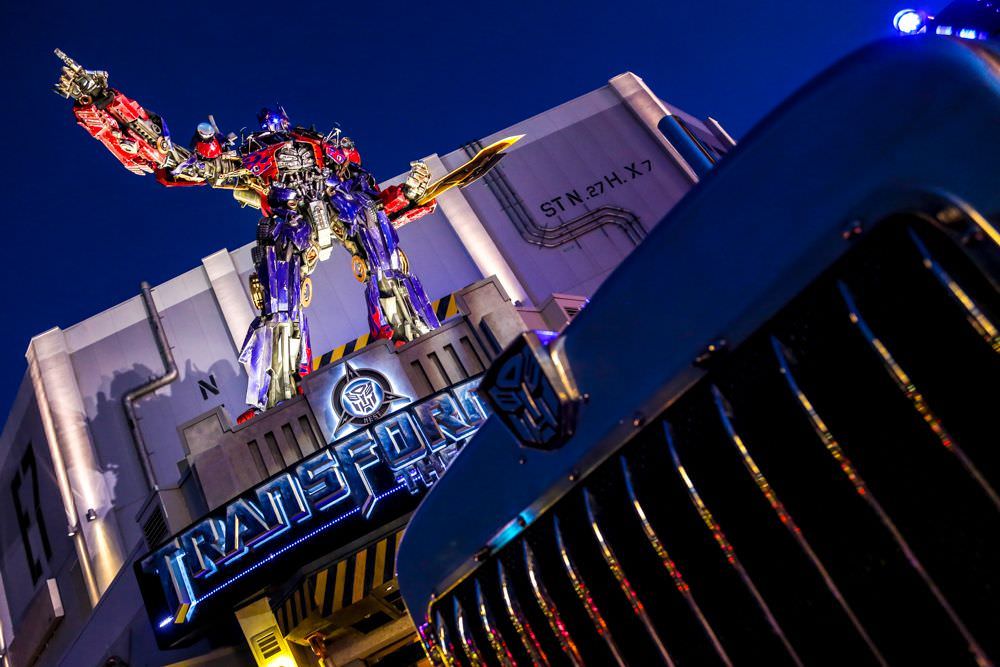 Recruits enter the NEST facility for a briefing from General Morshower and the Autobots explaining that the Decepticons are in search of the AllSpark, which is being housed at a NEST base. Recruits are assigned to ride along with Evac, a new Autobot created for the attraction, and team up with Optimus Prime, Bumblebee, Sideswipe and other Autobots to protect the Allspark from falling into the hands of Megatron and the Decepticons.

TRANSFORMERS: The Ride – 3D debuted at Universal Studios Singapore before making its way to Universal Studios Hollywood and finally Universal Studios Florida.  Peter Cullen and Frank Welker (the voices of Optimus Prime and Megatron in the Transformers films, respectively) reprised their roles for the popular attraction.

Transformers: The Ride – 3D is the newest experience at Universal Orlando. Join N.E.S.T. and Autobot Evac to protect the

END_OF_DOCUMENT_TOKEN_TO_BE_REPLACED

Transformers: The Ride – 3D is the newest experience at Universal Orlando. Join N.E.S.T. and Autobot Evac to protect the

END_OF_DOCUMENT_TOKEN_TO_BE_REPLACED

On Thursday, June 20th, Universal Orlando rolled out the red carpet for the grand opening of Transformers: The Ride –