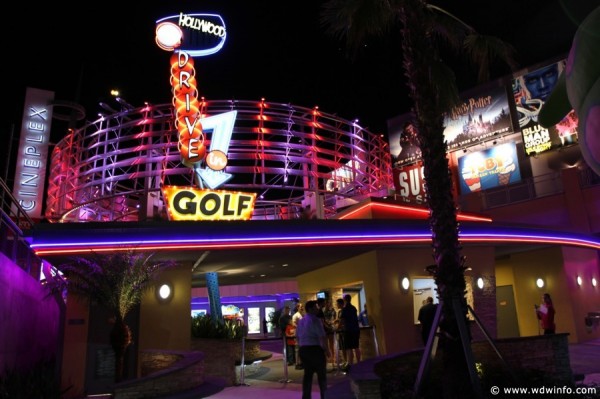 In 2012, Universal Orlando Resort officially opened central Florida’s most outrageously themed miniature golf experience – Hollywood Drive-In Golf at Universal CityWalk. There are two 18-hole miniature golf courses that are each themed like a drive-in movie theater and are inspired by different movie genres. The first course, “The Haunting of Ghostly Greens,” is inspired by horror movies, while its counterpart, “Invasion of Planet Putt” is designed like a sci-fi movie.

“The Haunting of Ghostly Greens” features a graveyard, a pet cemetery and a haunted house. It is a little darker in nature, using sound and light to create some of the spooky effects. Within this area you might hear classic songs such as “Thriller” and “Monster Mash”.

“Invasion of Planet Putt” is a whimsical look at an alien invasion. This course has several sets of stairs for some multilevel holes. Within this area you might hear songs such as “Intergalactic” by the Beastie Boys and “It’s the End of the World” by R.E.M.  The new courses are open seven days a week, from 8:00 am – 2:00 am. To play one course, it is $13.99 for adults and $11.99 for ages 3-9. If you want to play both courses, there a little bit of a discount, at $24.99 for adults and $20.99 for kids ages 3-9. You can pay for both courses, but split the playing times up by saving your receipt and playing the second course on a different day. Discounts are available for Florida residents and Annual Passholders. 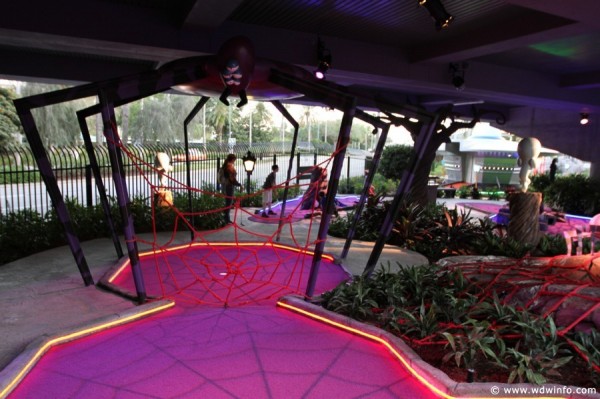